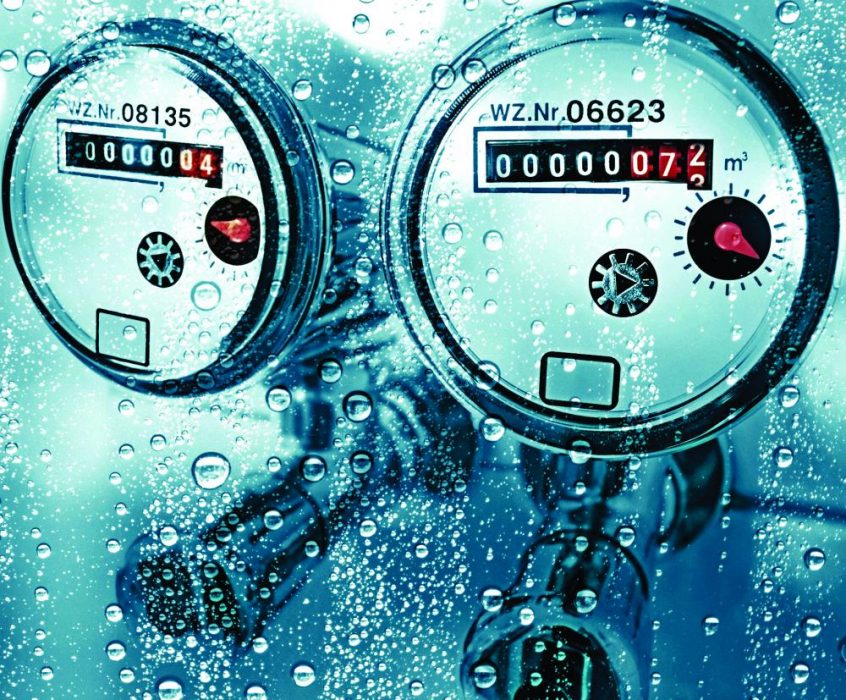 We spend a lot of time talking to municipal CFOs and Public Works Directors all over North America. They’re increasingly concerned about revenue stability from year to year, and with good reason. Customers continue to install more efficient toilets and clothes washers. They are also using less water on their lawns and gardens. Per capita demand continues to go down in most communities, typically by 1% to 2% each year.

There is a tendency among some water managers to place the blame squarely at the feet of variable rates — the portion of a resident’s bill that goes up and down depending on how much water people use. The perceived equivalence between decreasing demand and decreasing revenue often results in rate increases to offset that decrease. The math is straightforward, but the politics are usually anything but — it’s extremely difficult to continuously go back to the well for increases that may be seen by rate payers as excessive (even when their total bills may not be changing that much). Not surprisingly, increasing the fixed portion of the bill is seen as, if not the solution, then at least a mitigation of this problem.

Of course, the flaw in this logic is that it ignores the fact that variable rates that are producing shortfalls may not be well designed in the first place. Better rate design that includes an understanding of potential revenue volatility, full cost accounting, and robust demand projections is the best solution, for both water managers and consumers, than continuously increasing fixed revenue – with all the resulting political fallout. Waterworth can help with improving your rate design, taking all these factors into account.

So remember that there is no substitute for good rate design. With that caveat in mind, if reducing the variable portion of your rates still feels unavoidable in order address revenue stability, here are a few considerations to keep in mind.

First the downsides (and there are several): Reducing the variable portion of your rates will offer users less incentive to conserve water, so will likely lead to increased demand, all else being equal. As well, variable rates are fairer. They give customers more control over their bills and, since higher income people tend to use more water, variable charges are typically easier on low income families. Some colleagues take a fairly strong stance on these issues (see this blog post from Janice Beecher of the Institute of Public Utilities for a very thoughtful perspective).

Despite this, it’s OK to contemplate shifting some water rate revenue from variable to fixed charges as long as you plan it out carefully. Here are a few tips on how to go about it.

When we set water rates, we are actually setting community policy. How we go about charging people for water services has various implications for community, environmental, and financial sustainability. There are difficult trade-offs between conservation, fairness, and revenue stability. Being clear and transparent about what you want to achieve at the outset will help you decide how far to go, allowing you to communicate more effectively with elected officials and the public when presenting a proposed rate change.

Once you have thought through your policy goals, having an understanding of where demand (and therefore variable revenue) is tracking is important. We know it is probably going to continue to trend down, but it is also going to vary from year to year with variations in weather. Waterworth has about two dozen different tools to help you look at water use trends year-over-year. We’re also more than happy to give you some advice on how to best predict future changes in your financial model. Planning from a starting point of assuming declining per capita demand means you are far less likely to be surprised down the road when it inevitably happens. 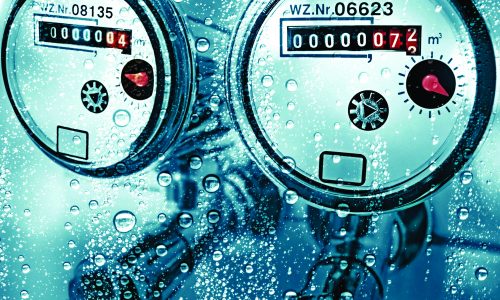 You can go too far with weighting the fixed component of your rates too heavily. Yes, it makes things easier from a revenue forecasting point of view, but the risk is that you will completely swamp the price signal that variable components send to consumers, washing away any incentive to use the service efficiently and creating a pricing scheme that is less equitable. There is no industry standard for this but we think a good benchmark to start from is that the fixed portion should not exceed 30 or 40% of an average total bill. If you can keep it below this, all the better.

4. Look at the Rate Structure Itself

Rather than simply reducing the variable portion of the bill, you can also look at how the rate structure itself works towards achieving your policy goals. For example, if you want to keep things simple but also give people incentive to conserve year round, a uniform structure with a base charge makes good sense (that is, the amount that people pay per gallon or litre stays the same no matter how much they use). On the other hand, if controlling peak demand in the summer is a priority, then a tiered rate structure may be the way to go (that is, with charges per unit increasing as customers pass different consumption thresholds in a billing period). A seasonal surcharge is another obvious though rarely used option. This is an extra volume-based charge that is introduced in the summer months only, when most irrigation and other discretionary demand occurs. There’s a lot to say about this topic, so we’ll return to it in a future blog post.

This one might seem impractical to those of you who are struggling just to maintain basic operating reserves, but remember that Rome was not built in a day. An alternative to reducing the variable component of the bill while still maintaining revenue stability is to have a reserve fund that you can tap into in years where consumption is lower. For example, you might do this in a year with unusually wet conditions during peak irrigation season. In years where demand is higher, you replenish the fund. Waterworth has tools to help you examine various reserve fund options. You can play with different scenarios that build reserves up over a few years to see what this does to revenue requirements.

In sum, there are numerous options to stabilize revenue, but you need to start with understanding your objectives and what your rate structure currently does for you. Waterworth users can do this easily with the new suite of rate calculator tools that we’re releasing this quarter. Contact the Waterworth customer success team and we’ll be happy to give you some ideas on how to approach this.

We’ll stand by the claim that increasing the fixed portion of your customers’ water bills does not make you a bad person. With some careful planning and attention to the rate structure, this might be one of those few times when you can have your cake (water conservation and fairness) and eat it too (stable revenue year over year).